Knights and chivalry: a code of conduct

In the middle of the 11th century, the knights weren’t particularly honourable figures 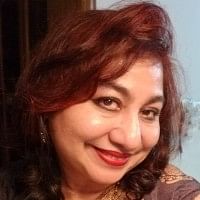 ‘Chivalry’- the word itself sparks a kind of romanticism. It stirs up images of gallant, hooded knights in shining armour riding horses, rescuing princesses in the mediaeval ages-doesn’t it?

Word origins fascinate me. It’s very interesting to see the roots of a word and then see its transformation into the present-day world. I was going through some of the words the other day and the word chivalry caught my attention. It’s derived from the French word ‘Cheval’ which means horse.

In the 21st century, our assumption of the word chivalry echoes a kind of old-fashioned male courtesy towards women. It does in some sense. But during the Middle Ages, the code was established for other reasons as well.

In the middle of the 11th century, the knights weren’t particularly honourable figures. They were essentially hired thugs of low social status. All knights needed to have the strength and skills to fight wars. They were heavily armed, violent and rode horses. Over time violence became their primary profession. It was this violence that the church attempted to control. Thus giving rise to a code of conduct meant for them, which later became known as chivalry. The term chivalry was derived from the Old French term “chevalerie”, meaning “horse soldiery”. The clergy keenly promoted chivalry with the code requiring knights to swear an oath to defend the church and defenceless people.

At a time when military violence with massive civilian casualties was in practice, chivalry was an effort to set rules for merciful knightly behaviour to keep those thuggish knights in control. The chivalric code along with military skills consisted of piety and other moral virtues promoted by religion at that time. The Knight's Code of Chivalry stated that all knights should protect those who cannot protect themselves, such as widows, children, and the elderly. It also gave great emphasis on courtesy in the dealings between knights and women. Though these rules sometimes dictated generous treatment of the less fortunate and less powerful, their main focus was on protecting the interests of the elites. Chivalry was, in addition, a religious, moral and social code which helped distinguish the higher classes from those below them. It facilitated knights to acquire a favourable reputation to help them further their careers and personal relations.

Knights, however, were still sometimes guilty of cruelty, generating a tension that was often recognised but never really solved. Usually, exceptions were made in particular situations in the case of Christians, but killing unbelievers during the crusades was acceptable because they were outside the Christian hierarchy. Thus there was an unwritten understanding that pragmatism could overrule codes wherever and whenever necessary. If saving an enemy knight was financially or politically favourable, the knight would be spared. Land, gold, or spoils of war were awarded. This exemption, however, did not apply to the peasantry. They were often slaughtered, looted and raped indiscriminately. Their villages were destroyed and burned.

Sometimes, rather than just relying on the code set by the church authorities, the knights developed their own sense of morality. But that also focused mostly in favour of the noble class, often at the expense of the poor. Thus the code was inconsistent and biased in its treatment of the rich and the poor. Also, religion to some extent.

The stories of the legendary King Arthur and his Knights of the Round Table from the 12th century influenced the ideals of honour and purity. English writer Geoffrey Chaucer in his famous work, ‘The Canterbury Tales,’ portrays Knight Sir Topas upholding all the noble qualities of chivalry like truth, honour, courtesy, and generosity. By the 14th century the abundance of popular romantic novels, poems and songs fantasising the ideals and moral behaviour of chivalry with tales of damsels in distress, courtly love and heroic, adventures of defeating the enemies motivated knights to adopt the chivalric code to some extent. The ‘knight in shining armour’ is a phrase that appears often in literary legends, fairy tales, epics, adventure stories and songs.

Chivalry was also used to separate the nobles from the common people. After the Norman Conquest of England, social divisions had become a little undefined. Chivalry became a means by which the nobility and landlords could establish themselves to be superior. Knighthood thus became a sort of demarcation line to separate the aristocrats from the peasantry or common people.

To keep up the standards of chivalry certain restrictions were put into practice over time on who could become a knight. Gone were the days of chivalry when anyone who displayed great courage in battle could be made a knight by a grateful lord or monarch.

Persons who could disturb public peace, peasants or the sons of peasants or priests were banned across the Empire from ever becoming a knight. By the 13th century in Europe, only a descendant of a knight could become one. France and Germany during the 14th century were exceptions. The kings could sell knighthoods for a lofty amount of money. But the general custom was that honour and virtue could only be inherited, not acquired.

The chivalric code punished those who failed to meet its standards. A knight had his status removed. His good name tarnished forever if he were guilty of serious offences like fleeing a battle or committing treason. If convicted the knight’s spurs and coat of arms were removed, armour smashed and given a shameful symbol to wear.

The Bible also features chivalric warrior women figures who led armies and defended castles. Joan of Arc, the peasant girl, is one of the most famous. She led her countrymen against the English at the age of 18 and saved French independence.

The mediaeval characteristics of chivalry have transformed over time.

Our current understanding of chivalry as a code of proper masculine behaviour, particularly about women, has little to do with the knightly code in the Middle Ages. Rather, in the late 19th century, the chivalric ideal influenced European neo-romantics to adjust the word and remodel ideal gentlemanly behaviour as courtesy towards women the ‘fair and weaker sex.’

As society has continued to evolve, the western world and people, in general, have rejected the idea of women being weak. The older concept of chivalry has almost died with the rise of modern concepts like feminism; and the belief that women need to be equally placed as men. Thus, for empowered women chivalry no longer applies to men alone. This is also applicable to women. The common rule is if a man wouldn’t do the act for another man he shouldn’t do it for a woman.

Modern society is divided over the value of chivalry. Some see it as glorifying violence and demeaning women. Others see it as necessary and desirable to protect vulnerable groups.

Inequalities and prejudices haven’t disappeared since the days of King Arthur. All of us need the chivalric values of mercy, justice and humility more than ever before. That said, chivalry can be considered a simple courtesy by all the parties concerned rather than men being the only ones practising it. A woman, just like a man, should hold the door open for men and women. She should not be insulted if a man holds the door open for her. It’s not that a woman is weak but it’s simply an act of courtesy.

The Oxford dictionary defines courtesy as polite behaviour that shows respect for other people.

In a world raging with conflict, jealousy and competition, courtesy can bring about a sense of well-being and fellow feeling. It can be a stepping stone towards a healthier and happier life for everyone.

Chivalry is slowly fading away. I hope it stays. All of us can be everyday knights in shining armour with meaningful chivalric gestures towards others.

There’s a sense of romance in chivalrous behaviour- don’t you think so?

Let’s be chivalrous in our daily lives.