Canada slams the door on China in critical minerals race 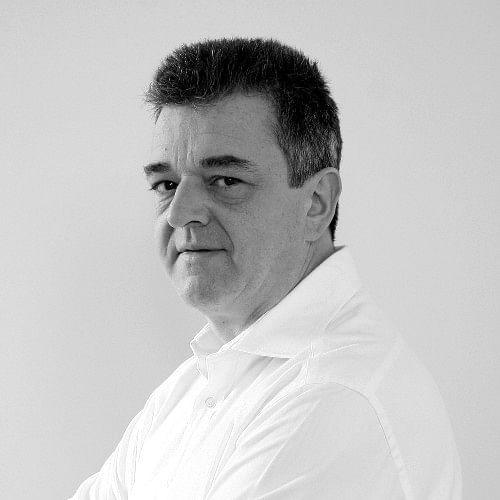 Canada has just upped the ante in the global competition to secure critical minerals.

The ban comes within days of Canada announcing a tougher policy on investment in the minerals sector by state-owned entities, particularly those from China, which dominates the processing of key energy transition metals such as lithium, cobalt and rare earths.

It promised to continue to "act decisively when investments threaten our national security and our critical minerals supply chains, both at home and abroad."

The move marks a hardening of geopolitical battle-lines in the metals sector and raises the question of what Canada and its metallic allies might do next in the name of national security.

Power Metals' properties in Ontario also contain tantalum and caesium, both of which are also classified as critical minerals by Canada and the United States.

All are next-generation projects, part of a growing pipeline needed to feed the world's hunger for lithium.

And all have recently announced strategic investments by Chinese players offering not just money but processing expertise and off-take commitments.

Sinomine, one of the world's largest rare earth producers, took a 5.7% stake in Power Metals for C$1.5m in a January fund-raising round.

Zangge Mining Co, a major Chinese lithium and potash producer, lifted its interest in Ultra Lithium to 14.2% in May and in June entered into an agreement to finance development of the Laguna Verde lithium project in Argentina.

Chengxin Lithium used a private placement by Lithium Chile in May to boost its stake to 19.4% for C$28 million.

All three Chinese companies have fallen foul of Canada's newly beefed-up Investment Canada Act and must now divest their holdings.

The three abandoned brides will have to find new partners with the government proviso that suitors "share our interests and values."

It's not just China's state-owned players that will come in for extra scrutiny, but also any private investors "assessed as being closely tied to, subject to influence from, or who could be compelled to comply with extrajudicial direction from foreign governments."

The policy covers not just mining but all stages of the minerals processing chain.

It extends, most obviously in the case of Ultra Lithium and Lithium Chile, to overseas assets as well as domestic.

Canada's critical minerals list, updated in March this year, is extensive, covering not just the esoteric rare earths family and energy-transition inputs such as lithium, cobalt and nickel but also mainstream industrial metals such as aluminium, copper and zinc.

These are currently highly globalised markets, pivoting around China as the world's largest user of industrial metals.

Canada, for example, has for many years been a supplier of mined copper concentrates to China, shipping 430,000 tonnes last year.

Such mine off-take deals may not be immune from Canada's national security considerations.

"We will need to be very thoughtful going forward about what we are willing to allow," said Canadian Natural Resources Minister Jonathan Wilson in a June interview with the Globe and Mail. "It is not just true of ownership, but I think we also have to be looking at things like long-term off-take agreements," he added.

Canada's overriding priority, Wilson explained, is one of "protecting itself in an area that is clearly strategic and ensuring that those supply chains will be robust for our allies."

Canada's clamp-down on Chinese investment in critical minerals should be seen in the context of an emerging metallic NATO of like-minded countries looking to reduce their dependence on the China and Russia.

The nascent alliance is still fractious.

Heated negotiations are currently taking place between U.S Trade Representative Katherine Tai and the European Commission, which is looking for some form of exemption for friendly countries.

Assuming the current spat can be smoothed out, there is the clear potential for other members to halt Chinese investment into their respective mineral sectors.

Australia is already doing so. In April it blocked an attempt by the Chinese state-owned Baogang Group to take a 13% share in Northern Minerals NTU.AX, which owns the Browns Range rare earths deposit in Western Australia.

In the same month it also blocked Yibin Tianyi Lithium Industry from taking a stake in AVZ Minerals AVZ.AX, which has lithium projects, with associated tin and tantalum, in the Democratic Republic of Congo.

Canada's definition of domestic critical resources to include any company listed on its stock exchange will resonate amongst both the heavyweight mining companies in Britain's FTSE-100 and the many junior resource companies listed on London's AIM market.

All will need to heed the Canadian government's advice to its companies that they "carefully review their investment plans to identify any potential connections to (...) or entities linked to or subject to influence by hostile or non-likeminded regimes or states."

The metallic uncoupling of China and the rest of the world has just entered a new, more aggressive phase as governments overrule free markets to defend their supply chains.

Canada's three-pronged attack on Chinese investment is just the start of the next chapter in the great critical minerals game of nations.

[The opinions expressed here are those of the author, a columnist for Reuters]

Adani Group threatens, but Hindenburg Research rarely sued in US