What does Aug 15 demand from us? 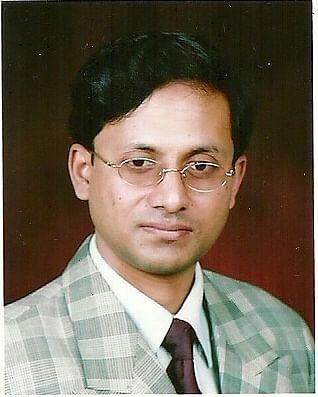 Every year Aug 15 comes back to us and brings back an unbearable pain. We remember the tragedy of that day with broken hearts. We hold special prayers along with other programmes for Bangabandhu Sheikh Mujibur Rahman and others martyred on that night. We pay homage to them with a heavy heart through commemorations. Almost half a century has passed after the incident, but the grief-stricken people still try to understand why the tragedy fell upon the nation. What was the cause? Could this incident have been prevented? Does it suggest a lack of security for the Father of the Nation? Or did he just have to be a victim of immense love for his people and blind faith in them? Finally, to what extent and how was the fate of this newly independent country affected by this incident?

Disputes for power are nothing new in human history. Not a long time ago, it was hard to imagine that there could be a change of power without war or bloodshed. Feuding and sometimes taking up arms against each other among members of the same royal family over the succession to power was a pretty common phenomenon. In today's world, revolutionary advances in education and the introduction of peaceful transitions of power in democracies in a significant part of the world have reduced, but not completely stopped, such bloodshed. The peculiarity of the Aug 15, 1975 tragedy was that on that day Bangabandhu along with his wife, sons, including boy Sheikh Russel, and daughters-in-law - none escaped the merciless bullets of the assassin. Only two daughters, Sheikh Hasina and Sheikh Rehana, and their families were lucky to survive as they were abroad. There are not many examples of such brutal killings in history.

Historians and politicians may present multi-dimensional analyses from their respective positions while judging the tragedy of Aug 15 by the standards of history, but as long as this land called Bangladesh survives with its independent existence, the day will keep returning with special connotations to the people of this country. But, why? The most important thing is definitely that the way Bangabandhu made the emergence of independent Bangladesh inevitable in 1971, by awakening the strong desire for freedom among the people of this country, unequivocally makes him the greatest hero in the thousand-year history of the Bengali nation. In 2004, BBC Bangla conducted an audience poll to select "the Greatest Bengali of All Time' and compiled a list of the top 20, in which Bangabandhu received the highest number of votes. Interestingly, Bangabandhu scored almost twice as many points as Rabindranath Tagore, who came second on the list. Since the struggle for independence against British rule and later in the Pakistan period, the people of this region found many great leaders, like Nawab Sir Salimullah, Sher-e-Bangla AK Fazlul Haque, Huseyn Shaheed Suhrawardy and Maulana Bhashani, to lead their causes --- all of whom were great guns in their own merits. But the way Sheikh Mujib gave words to the hopes and aspirations of the people of this region through his timely action at a pivotal moment in the nation raised him to such a high peak of popularity, which the people of this country have never seen before, and may not see in the future as well.

Although Bangabandhu was physically absent due to being in jail for the entire 9 months of the Liberation War, it was totally under his virtual leadership that the people of this country risked their lives and jumped into the war and, finally defeating Pakistani invaders, snatched away liberation. That fiery speech of 7th March and his thunderous pronouncement - 'This time our struggle is for freedom, this time our struggle is for independence' - inspired them continuously on the battlefield. After the war, when the freed Bangabandhu returned home with his Himalayan popularity, he was entrusted with the immense responsibility of restoring peace and order to this war-torn country and making it self-reliant. He had only about three and a half years of time till his tragic assassination to perform this huge task. There is no scope here to go into a detailed analysis of history; however, despite some criticism and lapses, it will not be an exaggeration to say in broad terms that he tried his best to move in the right direction.

Perhaps the biggest challenge before him in the early stages was to restore peace and order in the country and create a stable environment. Almost all those who had taken up arms during the war surrendered their arms in response to his call. In a very short time, he was able to send back Indian troops from the country. He gave the country a constitution in the shortest possible time. In the course of time, this constitution has been amended quite a several times, but till now it is serving as the foundation of constitutional rule in this country.

Bangabandhu knew that education would be the greatest weapon for this nation to hold its head high. Therefore, in an effort to strengthen the foundations of education, he took the initiative to nationalise primary education. He introduced free education and arranged for free textbook distribution up to the 5th grade. At the same time, he granted autonomy to the major universities to give them the opportunity to carry out educational practices in an open environment. For the coordination of the financial affairs of the universities, he established the University Grants Commission. To pave and strengthen the way for higher medical education and research, he increased the capacity of the then Institute of Postgraduate Medical Research (IPGMR) - today's Bangabandhu Sheikh Mujib Medical University (BSMMU) - by increasing the hospital bed number from 300 to 500. Besides these, he established the Bangladesh College of Physicians and Surgeons (BCPS) and the Bangladesh Medical Research Council (BMRC) by enacting the necessary laws. By giving due importance to religious practice and religious education in the country, he established the Islamic Foundation and restructured the Madrasa Education Board.

Bangabandhu believed that agriculture and farmers were the mainstays of the country's economy. That was why he took several initiatives to provide incentives in the field of agriculture, one of which was to make arrangements for the subsidised distribution of fertilisers and irrigation equipment to the farmers through BADC. He established the Bangladesh Agricultural Research Council (BARC) as the apex body for the coordination of various institutes of agricultural research. Bangabandhu also attached special importance to the energy sector. He established Bangladesh Mineral, Exploration and Development Corporation (BMEDC) and Bangladesh Mineral, Oil and Gas Corporation (BMOGC) for the exploration, extraction and utilisation of oil, gas, and mineral resources. This led to the finding of eight gas fields in the country within his lifetime. In industrial management, partly inspired by socialist ideas but largely to fill the void created by the exodus of non-Bengali industrialists with their fortunes, Bangabandhu sought to restore the war-torn country's economy by nationalising large industries. But, the achievement of this goal was hindered due to the limited period of his governance.

In foreign policy, Bangabandhu adopted the principle of 'friendship to all and malice towards none' and was able to include Bangladesh as a member of major international organisations, including the United Nations. He was able to largely overcome the tension that had existed with a large part of the Muslim world since the country's birth at the instigation of Pakistan and gained membership of the OIC. However, for this, he had to come to an understanding with the arch-enemy Pakistan, albeit with some concessions. As part of this strategy, he attended the OIC Summit held in Lahore, Pakistan in February 1974. Along the same line, in June 1974, Zulfikar Ali Bhutto, the then prime minister of Pakistan, who had been behind the 1971 massacre in Bangladesh, also visited Bangladesh.

As a national leader, Bangabandhu very much underscored the need for building a united nation. Therefore, forgetting all kinds of disputes, he tried to unite the entire nation. As he extended the hand of friendship to all in the outside world, he also showed generosity to the anti-liberation forces within the country. Such magnanimity was not an easy task for the head of a country that gained its independence through a bloody war, but in many countries in the history of the world, visionary and pragmatic leaders have been seen to walk the path of reconciliation with the need to rebuild the country and the nation. A glaring example of this in recent history is post-civil war South Africa, where Nelson Mandela has forgotten the past and extended a hand of friendship to his opponents.

In broad terms, it can be said that Bangabandhu paid attention to all the areas required to set the course of this newly independent country. It was his constant wish that the people of this country would stand proudly in the court of the world. However, he did not have Aladdin's lamp in his hand to change a war-torn country overnight. His efforts were also hampered by the corruption of some people and the lack of coordination in certain areas. Political challenges also began to emerge thanks to multi-party democracy. In different parts of the country, some armed groups were disturbing the law-and-order forces. In this situation, Bangabandhu took the initiative to control things and implement his plans by forming BKSAL as a platform of national unity with all parties. No doubt, his motives were noble, but critics began to see the end of democracy here and saw it as a powerful weapon to attack him. There was not enough time, with his tragic assassination shortly thereafter, to see how fruitful this initiative could have been. That is why the debate on this issue may continue.

Bangabandhu is no longer among us. He has left, however, innumerable fans and admirers. And left his dreams about this country and nation which he could not fulfil. Every year Aug 15 returns and questions the admirers and followers of Bangabandhu about what they have done and are doing to fulfil those unfulfilled dreams of him. This mourning can only be meaningful when the golden Bengal that Bangabandhu dreamed of and portrayed before us will be achieved. In the last 50 years, the country has made tremendous progress in various aspects, but how much of the dream of a united, independent, self-reliant, and self-respecting Bangladesh that Bangabandhu wanted to build has been achieved? Do we feel like him that we need to continue our efforts to consolidate our national unity and solidarity by minimising differences to achieve this goal?

Good luck to everyone!

[Mohammad Didare Alam Muhsin is a professor of pharmacy currently working as the chairman, Department of Pharmacy, Jahangirnagar University.]