Emissions trackers need to widen focus beyond China and the West 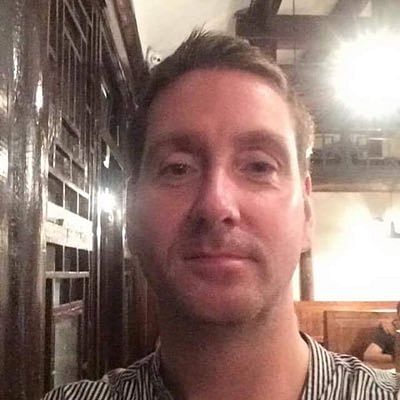 It is common for discussions around global emissions momentum to split the world into two decisive camps: high-polluting industrial heavyweights like China and India, and carbon-cutting policy leaders like Europe and North America.

That dichotomy argues that climate-affecting pollution trends will be largely determined by those key stakeholders, which together accounted for more than 65% of global carbon dioxide (CO2) discharge in 2021, as well as the lion's share of research and development into pollution abatement technologies and processes.

But there's a strong case for looking more closely at what the rest of the world is doing in terms of economic and industrial growth momentum, and the associated pollution potential.

The "other" category of nations may resist easy sorting into identifiable camps, but already account for more than a third of global annual CO2 emissions.

What's more, many of these countries such as Brazil, Indonesia, Turkey and Nigeria are on the cusp of an energy-intensive expansion phase that may pull some of the emissions limelight away from today's top and third-largest CO2 emitters, China and India, in the years ahead.

Traditional methods of characterising growth stages identified economies as being either "developing" or "developed", with each following similar adjustments as they proceeded along the development spectrum.

A similar framework may be applied to CO2 emissions capacity, with a view towards identifying nations with the potential to rapidly raise emissions as their economies expand.

Historical data shows that China increased its CO2 emissions most aggressively from 1990 through 2010, when its industry-heavy economy underwent its most sustained expansion.

Since 2010, China's rate of CO2 emissions has slowed, although the country remains by far the top individual polluter.

In contrast, economies including India, Brazil, Nigeria and Turkey have seen emissions climb sharply since 2010 as their economies entered higher growth phases and the governments and companies therein proved unwilling or unable to aggressively curb pollution.

While no single country is likely to have the sustained polluting heft that China has had over the past decades due to China's unique status as the factory of the world, the collective emitting potential of the scores of economies that will expand in the decades ahead is significant.

A key determinant of just how polluting these countries may become is the CO2 intensity of their economy, which measures the amount of CO2 emitted to generate one unit of gross domestic product (GDP).

According to Enerdata, which tracks that metric using constant-dollar purchasing power parities, CO2 intensity has declined steadily in most regions since 1990 as the world's boilers, engines and factories became more efficient.

Even so, a wide spread remains between the most and least carbon-intensive economies, and in 2021 Kuwait topped the rankings with the highest CO2 intensity of 0.61, while Sweden had the lowest reading of 0.061, Enerdata showed.

The actual absolute value of CO2 intensity is less important than the trajectory, which in Brazil, Nigeria, Turkey and Indonesia and elsewhere has bucked the general declining trend and held steady or even increased in recent years.

Combined with any sustained acceleration in their economies, this stable or rising carbon intensity has the potential to amplify their polluting power, and could well propel their cumulative emissions beyond those of current leaders.

Dozens of other countries such as Pakistan, Egypt, Chile, Saudi Arabia, Uganda and Vietnam are also expected to see energy-intensive economic expansion in the years ahead, thanks to favourable demographics trends and/or high levels of strategic investments.

As a result, the discourse over which countries will have the most say in worldwide pollution trends needs to widen beyond the usual suspects, and must capture the reality that many nations will feel entitled to prioritise economic growth over controlling pollution - regardless of opinions from Brussels, Washington or Beijing.

Ageing … and that ringing of the bell

In old age, there is always that battle between wanting to read as many books as you can and wanting to take a respite from reading

Ageing … and that ringing of the bell